The previous time I cooked quesadillas, I made a mistake of making few of them and hubby wanted more O-o . On the second take, I purposed to make more than enough. The process is more or less the same other than the addition of bell peppers, spring onions and of course tripling of the recipe 🙂

A handful of spring onions, sliced

Start by poaching the chicken. 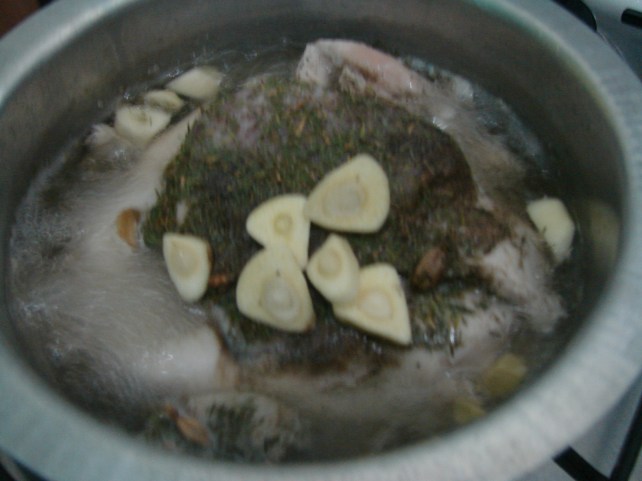 In a pan heat the vegetable oil. Fry the spring onions. 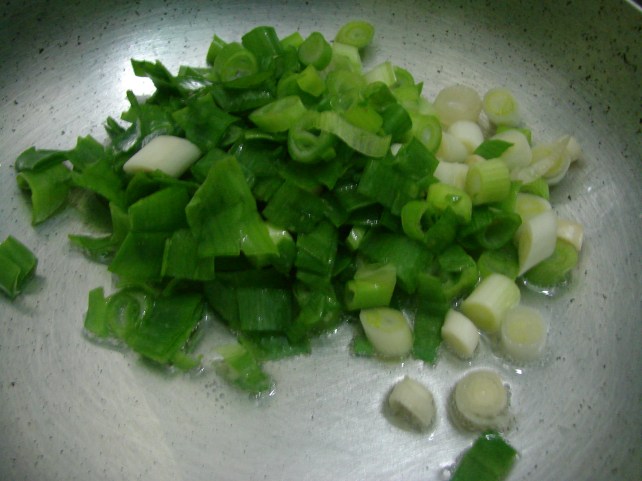 Let the onions cook for about three minutes then add the bell peppers. 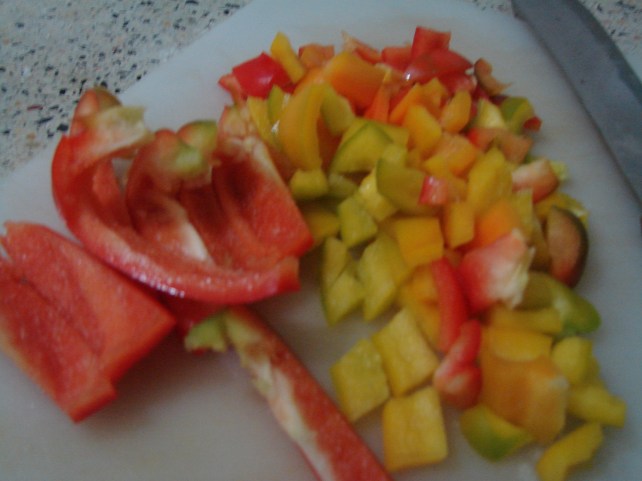 The chicken should be done in under twenty minutes. Drain and save the stock for later.

Shred the chicken and assemble the quesadillas.

This time I tried a different method, instead of folding the tortilla in half, I used a whole tortilla then covered it with another tortilla. It’s safe to say, I prefer the folding of the tortilla since I’m yet to make tortillas of the same diameter.

On a heated skillet, add a teaspoon of vegetable oil then place the tortilla and layer the cheese, spring onion and bell pepper mixture, the chicken shreds, sprinkle over the dried oregano and finalise with some more cheese shreds. 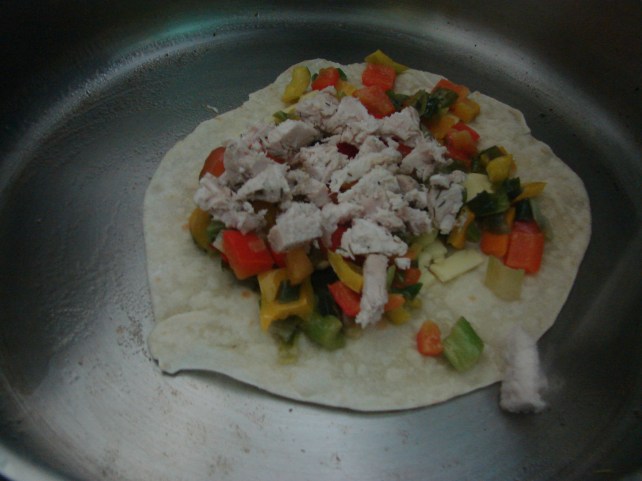 Cover with another tortilla. 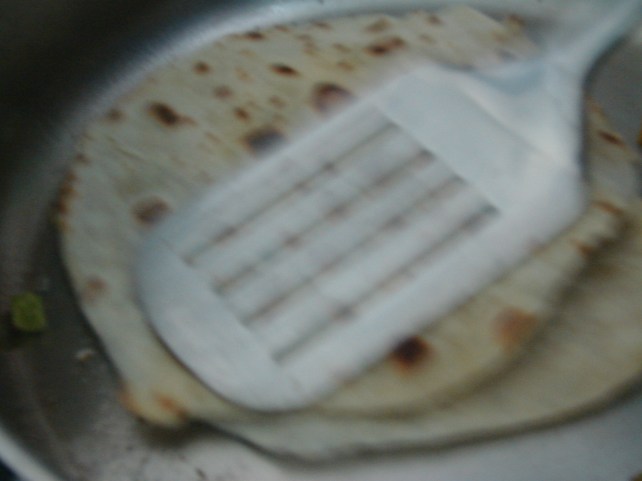 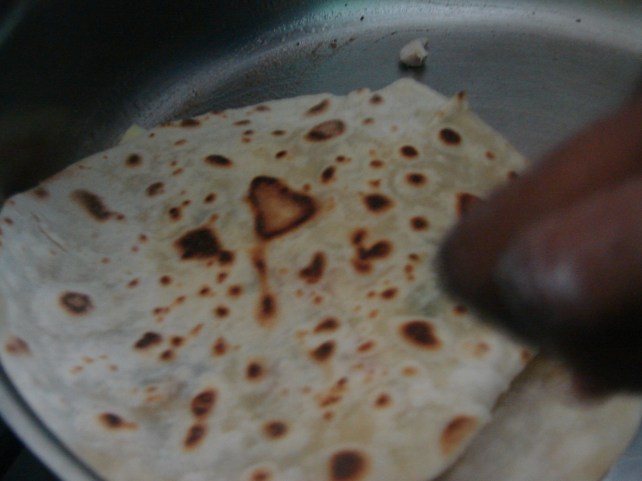 Repeat the above procedure for all the tortillas.

Using a pizza cutter or knife, slice the quesadillas.

I apologise, I don’t have a decent end result photo.